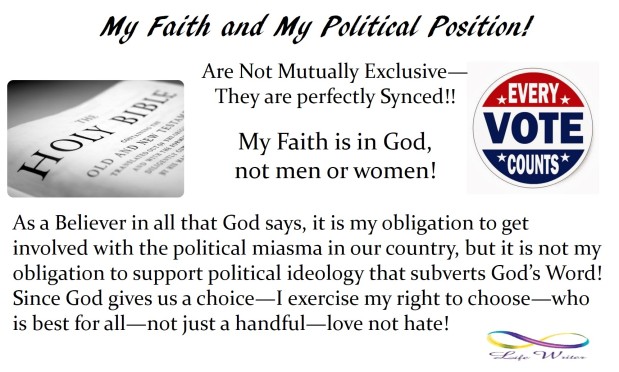 Let everyone be subject to the governing authorities, for there is no authority except that which God has established. The authorities that exist have been established by God. Consequently, whoever rebels against the authority is rebelling against what God has instituted, and those who do so will bring judgment on themselves.For rulers hold no terror for those who do right, but for those who do wrong. Do you want to be free from fear of the one in authority? Then do what is right and you will be commended. For the one in authority is God’s servant for your good. But if you do wrong, be afraid, for rulers do not bear the sword for no reason. They are God’s servants, agents of wrath to bring punishment on the wrongdoer.Therefore, it is necessary to submit to the authorities, not only because of possible punishment but also as a matter of conscience. This is also why you pay taxes, for the authorities are God’s servants, who give their full time to governing.   Give to everyone what you owe them: If you owe taxes, pay taxes; if revenue, then revenue; if respect, then respect; if honor, then honor.Let no debt remain outstanding, except the continuing debt to love one another, for whoever loves others has fulfilled the law. The commandments, “You shall not commit adultery,” “You shall not murder,” “You shall not steal,” “You shall not covet,” and whatever other command there may be, are summed up in this one command: “Love your neighbor as yourself.” Love does no harm to a neighbor. Therefore love is the fulfillment of the law. Romans 13:1-10 NIV

The Word of The Lord!

Considering the fact that Trump has openly and defiantly rebelled against the current president in his attempt to nullify the legitimacy because of President Obama’s skin color–shows he does not honor authority.

Considering the fact that Trump brags about not paying taxes–shows he does not honor authority of The Word.

Considering the fact that Trump is openly promoting fascism in a democracy–shows he does not honor authority and integrity of the democratic process.

Considering the fact that Trump cheated on his first wife with his second wife–shows he does not honor authority or commitment to his vows.

Considering the fact that Trump has so many pending lawsuits (74 at present count) against him–shows he has no respect for authority, commitment, or integrity.

Considering the fact that Trump has openly denigrated so many different groups of people–shows he has no love in his heart for others who do not look like him.

Now, considering the choices we have for president–should we be more concerned about “emails” or temperament; emails or predatory behavior; emails or sociopathic behavior; emails or narcissistic racism; emails or alleged pedophile (December 16, 2016 court case); emails or what’s in the best interest of the country for everyone–not just a handful; emails or measuring the worth of the candidate with The Word as the benchmark?

Anyone who is voting “party” as a priority over “country” reveals some serious character flaws in judgment.

The facts are what they are–both candidates have lied, but only one is promoting fear-mongering, hatred and bigotry–on a consistent basis. God knows and if people are open to hearing God speak to their hearts–they’ll hear what He has to say over all the noise and clamor of “church folks” and those who would jeopardize the security of a nation in order to prove loyalty to a political party–who has done nothing but obstruct the process of democracy for the last six years.

People have a choice to make and I pray they will consider all the factual evidence (not innuendo) before casting a vote. A lot can happen in four years–we can experience peace and forward movement or total decimation of the democratic way of life. I have already chosen the path of peace because love trumps hate every day!