The faithful have been swept from the land; not one upright person remains. Everyone lies in wait to shed blood; they hunt each other with nets. Both hands are skilled in doing evil; the ruler demands gifts, the judge accepts bribes, the powerful dictate what they desire— they all conspire together. The best of them is like a brier, the most upright worse than a thorn hedge. The day God visits you has come, the day your watchmen sound the alarm. Now is the time of your confusion.Do not trust a neighbor; put no confidence in a friend. Even with the woman who lies in your embrace guard the words of your lips. For a son dishonors his father, a daughter rises up against her mother, a daughter-in-law against her mother-in-law— a man’s enemies are the members of his own household.But as for me, I watch in hope for the LORD, I wait for God my Savior; my God will hear me. Micah 7:2-7 NIV

There are seemingly more enemies surrounding us than friends, but the most despicable enemy are those influenced by deceptive persuasion. Satan–will don the garment of the righteous in order to deceive and when their hearts are not right with God, he is successful and then will things fall apart, they stand in wonder as to how it happened.

Everyone saying, “Lord, Lord” is not a follower of The Most High God and in fact, we are cautioned in The Word that many will stand before Him and He’ll say, “Depart from me, I never knew you.” Let’s look at what Jesus said:

So are we building our house on a rock or on the sand?

It would appear that with all the upheaval and chaos emanating from the White House that the 2016 Election created a situation in which the presidency and the credibility of America was built on sand and when the storms continue to rage, it will soon be washed away.

Historically, not many have ever seen such turmoil in the White House or such disdain from other countries because of the leader in it as we see right now. The enemy–those who gain access or entry into situations by deceit and cunning through the auspices of wrong doing and outside interference should never expect peace for there will be none. Whenever a “dictator” sets out to beguile the people using false propaganda and outright lies, they may have persuaded the masses for a moment, but the moment passes as soon as the blinders fall off and people realize they’ve been duped.

Ironically, not once has there been an evil judge or king or dictator who did not fear for his own life, yet they had no qualms about destroying others.

Karma bites and it’s about to take a big bite out of those responsible for the madness resulting from the rigged election.

But it’s not only those who rigged the election who will feel the pain, but all those who pretend to be Christians–the pseudo-christians who because of their own agenda–lied in order to bring about a desired result.  They won–but what did they win? Based upon what I’ve seen posted by various people from across the land, the pseudo-christians have won the disdain of many who now see them as hypocrites and that includes the entire Republican party–that so-called party of family values who have endorsed and embraced the very epitome of ignorance and evil and condones the wrongdoing in the White House.

Anyone who does not do the will of God, “defend the rights of the poor and needy,” and cannot love as God loves–unconditionally, is the enemy. Did not Jesus tell us that there are but two commands by which we must live and will be judged by? “Love the Lord with all our heart, soul and mind and love one another as we love ourselves.”

Where is the love of a the fake-president residing in the White House? There is a love of greed and power, but those are also covered in The Word–practices of evil. When a confirmed and publicized “white supremacist” is sitting at the table with others because he “tricked” the president into signing the order, but the president won’t rescind it–what does that tell us? Can we see any good fruit in that action?

Do we see good fruit or rotten fruit in those given positions as cabinet members who have ties with Russia and refuse to disclose truth?

Do we see good resulting from evil in establishing people who disdain government in government positions? Is that why those who knew nothing, know nothing, and don’t care, are guarded by others at taxpayer expense?

Every foolish decision has consequences and the cost–from a financial perspective is shouldered by the tax-payers who actually pay taxes and those who circumvent paying taxes keep are rewarded. Something to think about it.

Though Satan is the enemy of mankind, those influenced by him are the enemy of everything right and good. The media is not the enemy of Americans–the clown in the White House is the enemy with his autocratic notions and attempts to establish tyranny.

The Americans who did not drink the shake are not fooled (and there are more of us than those who drank the shake) and we are not standing by idly waiting for the storm to rise; we are establishing our faith on The Rock and He will prevail against all the enemy attempts to do to destroy a nation.

In order to defeat the enemy–we must know the enemy and how the enemy plans to divide and conquer. We do, for we see it on a regular basis and will not cave. We will resist the impulse to give in and we will be victorious over evil. 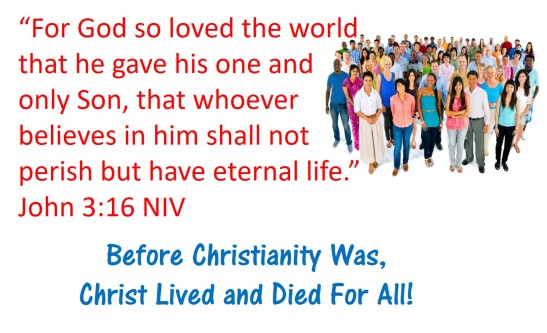