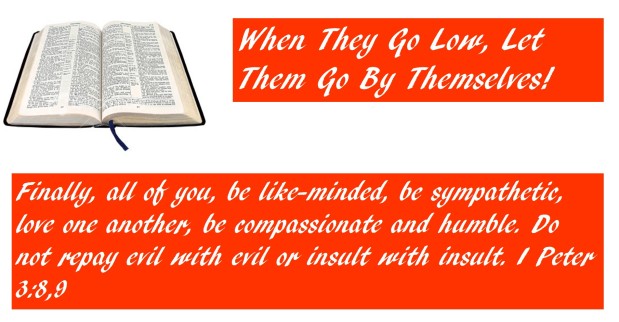 There are those who hate the one who upholds justice in court and detest the one who tells the truth. You levy a straw tax on their grain. Therefore, though you have built stone mansions, you will not live in them; though you have planted lush vineyards, you will not drink their wine. For I know how many are your offenses and how great your sins. There are those who oppress the innocent and take bribes and deprive the poor of justice in the courts. Therefore the prudent keep quiet in such times, for the times are evil. Seek good, not evil, that you may live. Then the Lord God Almighty will be with you, just as you say he is. Hate evil, love good; maintain justice in the courts. Perhaps the Lord God Almighty will have mercy on the remnant of Joseph. Therefore this is what the Lord God Almighty, says:  There will be wailing in all the streets and cries of anguish in every public square. The farmers will be summoned to weep and the mourners to wail. There will be wailing in all the vineyards, for I will pass through your midst,” says the Lord. Woe to you who long for the day of the Lord! Why do you long for the day of the Lord? That day will be darkness, not light. It will be as though a man fled from a lion only to meet a bear, as though he entered his house and rested his hand on the wall only to have a snake bite him. Will not the day of the Lord be darkness, not light–pitch dark, without a ray of brightness? “I hate, I despise your religious festivals; your assemblies are a stench to me. Even though you bring me burnt offerings and grain offerings, I will not accept them. Though you bring choice fellowship offerings, I will have no regard for them.  Away with the noise of your songs! I will not listen to the music of your harps. But let justice roll on like a river, righteousness like a never-failing stream! Amos 5:10-24 NIV

Creating an analogy of our political miasma with this segment of scripture is easy. People believed Hillary was evil because of the lies and false propaganda, ignoring the truth of her words and allowed evil to waltz into the White House, unfettered, surrounded by hate in Bannon and Miller and Gorka,  inbred within himself. People thought they were running from a lion and ran into the Russian bear. And now, we are all victimized by the twitler’s ego and rashness, demonstrating his lack of concern for anyone other than himself.

It is his ego that tweets out foolishness and won’t harness his insecure tongue.

It is his ego that won’t allow him to admit when he’s wrong.

It is his ego that bullies others when he’s really a coward.

It is his ego and fear that keeps him sheltering evil in the White House and allowing it to run rampant in the streets as demonstrated in Charlottesville, VA.

It is his ego that keeps him from resigning, allowing others with more experience and knowledge to set things right on the world’s stage and reshape our image.

It was his ego and lies and fascination and debt to Putin that brought us to this place where the snake has bitten.

How do we rectify this situation? We consider the political party or person who is most concerned with all Americans and in keeping peace with the rest of the world. We do not need a warmonger who is “fiery and blustery” in a tweet or behind a podium. We need a strong, clear leader who can and will defend America and our allies against those who would attempt to provoke and threaten others with carnage.

Notice that we are to hate evil–acts and ideologies–not people. And the only way we can overcome hate is to learn to love.

We must bury hatred of people and all the elements that allow it to spread like wildfires and replace it with the growth of love within and all across the land.

There are many who will enter into the race of the 2020 election, but before we get there, we must change the landscape in Congress so we uproot all the evil that allowed us to get to this place. We need to VOTE BLUE in 2018, clearing the path for greatness without egos reigning in the process.

I’m Mary Hall-Rayford and I am ready to serve all Everyday Americans!