It is for freedom that Christ has set us free. Stand firm, then, and do not let yourselves be burdened again by a yoke of slavery.Mark my words! I, Paul, tell you that if you let yourselves be circumcised, Christ will be of no value to you at all.Again I declare to every man who lets himself be circumcised that he is obligated to obey the whole law. You who are trying to be justified by the law have been alienated from Christ; you have fallen away from grace. For through the Spirit we eagerly await by faith the righteousness for which we hope. For in Christ Jesus neither circumcision nor uncircumcision has any value. The only thing that counts is faith expressing itself through love. Galatians 5:1-6 NIV

The debate about whether to stand, kneel or sit during the a presentation of the National Anthem has become a contentious discussion. Now, it would seem that everyone wants to chime in and have an opinion and most seem to think their opinion is the only one that counts. Before anyone’s opinion can be counted, everyone must understand what the debate represents. Kneeling during the anthem is a protest against the injustice suffered by those in the Black community because of police brutality–unarmed Black males being killed.

Now, whether people understand the angst felt in the Black community or not really is not debatable.  Unless a person is Black, they would not understand why some of us feel so strongly about the deaths of young Black males. To fully understand, one must understand the discrimination we’ve suffered for a very long time. And just to make sure, the message is understood, I encourage everyone to review the history of Black people in this country.

We were imported as slaves, treated like animals or worse, denied the rights provided every human being, babies taken from mothers, families separated, lynched, burned, wrongfully jailed and executed without recourse through any judicial system because the laws were against us, not for us. It was not until 1968 that most of us had the right to vote because we didn’t count. Most people don’t realize the electoral college was established for those who owned slaves–so they wouldn’t have an advantage over those who didn’t. (14th Amendment, Section 2) Slaves were set free in 1863, but were still treated like third-class citizens or worse. We had been denied the right to pursue an education, kept of out certain careers and even though many Black men fought in wars “for this country” they were still denied the same rights as others.

There is a stanza of the anthem–written as a poem in 1814–that most are not aware of and it embellishes slavery rather than denounces it and hence–the kneeling during the anthem–is about systemic racism; not about patriotism!

Oh, say! can you see by the dawn’s early light
What so proudly we hailed at the twilight’s last gleaming;
Whose broad stripes and bright stars, through the perilous fight,
O’er the ramparts we watched were so gallantly streaming?
And the rocket’s red glare, the bombs bursting in air,
Gave proof through the night that our flag was still there:
Oh, say! does that star-spangled banner yet wave
O’er the land of the free and the home of the brave?

On the shore, dimly seen through the mists of the deep,
Where the foe’s haughty host in dread silence reposes,
What is that which the breeze, o’er the towering steep,
As it fitfully blows, half conceals, half discloses?
Now it catches the gleam of the morning’s first beam,
In fully glory reflected now shines in the stream:
‘Tis the star-spangled banner! Oh, long may it wave
O’er the land of the free and the home of the brave!

And where is that band who so vauntingly swore
That the havoc of war and the battle’s confusion
A home and a country should leave us no more?
Their blood has washed out their foul footsteps’ pollution!
No refuge could save the hireling and slave
From the terror of flight or the gloom of the grave:
And the star-spangled banner in triumph doth wave
O’er the land of the free and the home of the brave.

Oh, thus be it ever, when freemen shall stand
Between their loved home and the war’s desolation!
Blest with victory and peace, may the heav’n-rescued land
Praise the Power that hath made and preserved us a nation!
Then conquer we must, when our cause it is just,
And this be our motto: “In God is our trust”:
And the star-spangled banner in triumph shall wave
O’er the land of the free and the home of the brave.

When we understand that this country has diminished the rights of Black people and still does not respect us as human beings, we protest and with a peaceful protest where no one is harmed or violated–there should be no dissension or debate about the right to do so.

When trump disrespected Black football players by calling them SOBs, he demonstrated his racism and all who applauded him and encouraged his racist rhetoric demonstrated where they stood. Systemic racism is still a problem in this country and there is no denying it. The fact that over 70% of all football players in the NFL are Black speaks volumes and the fact that the biggest fans are white also speaks volumes–we are still seen as being nothing more than “entertainers” for those with “white privilege.”

I’m taking a stand against those who claim the football players are arrogant, spoiled brats and should be “grateful” for the opportunity to become rich. Do those who make these statements say the same thing about “White Players” or is it just a condemnation of the Black players? Every Black and White football earned the right to play by their relentless pursuit of excellence in playing the game. They were not given spots on a team, they earned them.

For decades–probably to the chagrin of many people who said, “Black people were inferior to White people–we have proven time and time again, we are not an inferior race of people, but those who are fearful and bigoted have not stopped thinking they are the superior race. Well, I have news for all–there is only one race of people–the human race and none superior to another, but if people want to deal with facts and not fiction, they only have to understand where man originated–on the continent of Africa–and if there was a superior race–it would be the African race–where life began.

If we ever get to a place in society where we can see people and not color, we’ll all be better off. We can live in peace and spend our time–collectively trying to find cures for cancer and other debilitating diseases, establishing lifestyles that will preserve the planet for the benefit of all, and keeping the human race–alive, prosperous and vital for the next millennium.

The truth of the matter is–until we are all willing to discuss–rationally–the social injustices that exist with the systemic racism–nothing will ever change. We must come together and understand “the reasons” for the divide and then pursue unity as a whole–for all Americans. 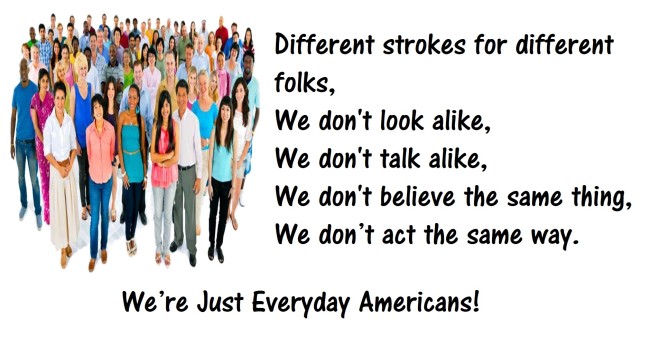 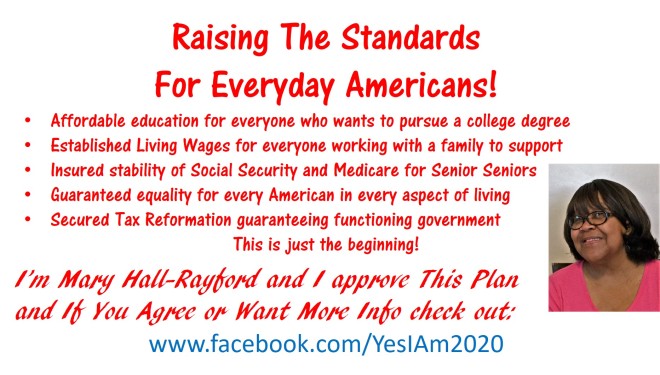