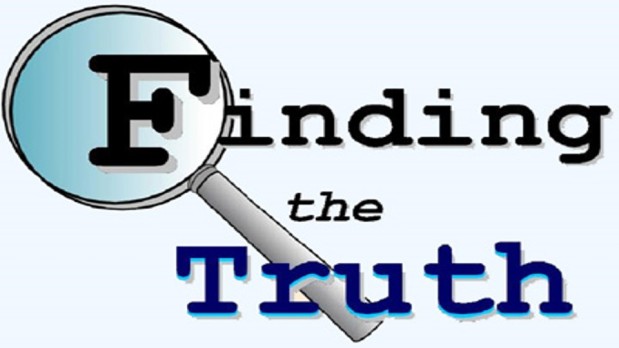 Over 260,000 Americans are dead from contracting COVID-19 and trump plays golf.

Over 20 million people are in danger of losing healthcare coverage in the midst of a pandemic and trump plays golf.

Over 80 million people have elected a new president and trump denies, deflects, distracts, hinders, and plays golf and the Republican leadership, is silent–totally ignoring the needs of Americans and instead, attempting to protect their party’s power.

From the time Mitch McConnell entered the Senate, his entire motivation was to obstruct Democrats from doing anything. We saw it with Obama and then with trump, we saw McConnell rapidly approve every nomination of every person who would be pervasive in ignoring the needs of the people, but would put party over country. Everything that is wrong with this country–at this moment–is because of the hatred harbored in the hearts of Republicans who will never acknowledge that brown and black people are equal to them. We see with the conspiracy theorists, the Tea partiers, and all the rest who consistently and methodically attempt to make life harder for those who are not rich and have no access to obtaining wealth.

Education is the greatest pathway to accessing wealth and the person put in charge of the educational department–Betsy DeVos–is the actual nemesis of public education. She had no experience with public education–of her own or through her children and she has successfully mangled and destroyed any trust people have had in the government’s involvement with public education for all.

We see this with the appointment of judges to lifetime positions, who are racially biased against seemingly all non-white Americans, in an effort to keep them “in their place” which for many, is incarcerated when they don’t have “legal means” of providing for self and families.

The office of the Attorney General has been forever tainted with William Barr who has chosen to be responsive to trump’s pursuit of justice against his opponents than in acting as an independent operator of law and justice. Not only should Barr be removed forthwith with the new administration, he should be charged with malfeasance and obstruction of justice.

The list could go on for many pages, and as horrible as trump has been, we have to wonder about the 74 million people who voted to re-elect him. Do they illustrate the magnitude of hatred and racial bigotry in this country? Are they complicit in the deaths of 260,000 Americans? Are they willingly complicit in keeping the low-educated and ill-informed from accessing public education that would make a difference in their lives? Did they really want to see American Democracy come to an end in order to see a narcissistic authoritarian dictate what happens to everyone?

These are the same people who found fault with Joe Biden being genuinely affectionate towards others, but they found no fault with trump grabbing female genitalia. They see no problem with 26 women alleging sexual misconduct against trump, but choose to believe Joe Biden is a pedophile because they believed garbage because they’re incapable of thinking for themselves and drawing conclusions based upon solid research from credible resources. These are the same people who chant “lock her up” against Hillary when she’s never been convicted of anything. These are the same people who chanted,” lock him up,” against Joe Biden when he has done nothing worthy of an arrest, and certainly not a conviction. And yet, when Kyle Rittenhouse killed two people and injured a third, they contributed to his ability to be released on bond. To say these people–this 74 million Americans are stupid would be a gross understatement. They are hateful, bigoted, dangerous people who have no interest in law and order, but are interested in maintaining their “misguided assumption of white supremacy,” and they are all around us. Until trump, they were hidden–closeted while steadily planning on perceived plots against them–totally disillusioned by lies, not knowing how to separate truth from fiction.

Most of this 74 million people take exception to anyone claiming that “Black Lives Matter” and they deflect and distract, by imputing that “Blue Lives Matters,” without ever understanding or wanting to understand the entire purpose of the Black Lives Matter movement. Instead, they chose to believe trump who claims the BLM movement is a terrorist group, ignoring the fact that this group of people, were never responsible for the violence and vandalism that white supremacists committed to make it look like–the BLM group was responsible. Why? It is their errant, but inherent belief that white people are superior to non-white people and don’t deserve the same consideration as other white people and certainly won’t recognize any equality.

While many people stopped reading by the time they got to the second paragraph, those that continued to read are needed to help keep this country on the right track–keeping American Democracy intact–and the only way we can do that is to bypass Republicans at every turn. They have shown us (most of them, not all) they are not interested in American government being representative of all Americans, and only want to push forth an agenda that will legislate for the benefit of white people. This is not and should be the “American Way,” but it is certainly the bigoted way of governing.

What can Americans do to stop the effects of being laughed at on the global stage? We can do what’s right–and vote for Democrats in every election, in every city, township, county, state, island or cove. Democrats are not perfect people, but they do what’s right for all and when wrong–own it. Now is not the time for people to see themselves as Independents, when the country needs their total involvement in the process of governing for all. We need the best people, not the most republicans–as we’ve seen–especially in the Senate. We need to see the Democratic process at work in the Senate with appropriate background checks for every nomination and immediate consideration for every bill that comes to the Senate and the delaying tactics, must stop–NOW!

I wonder if the 74 million people who voted for trump understand how Mitch McConnell has hamstrung their ability to receive needed assistance through this pandemic. I wonder how McConnell and and Graham managed to be reelected–especially in light of their attempts to ignore the will of the people on the national level–with the lies about voter fraud–and all the court decisions against their lies.

America–all of us–black, brown, white, red–no matter what our ethnicity is or our faith or sexual orientation or gender–we are the only ones who can make a difference in this country and it is by our VOTE. WE MUST BE ENGAGED BEYOND THIS ELECTION AND INVOLVED IN EVERY ELECTION, to see American Democracy work for all.