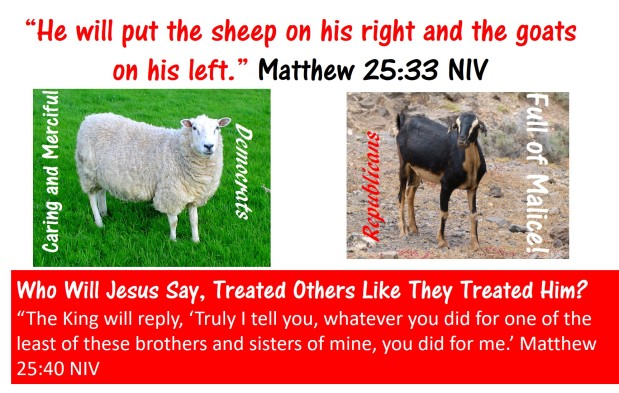 I love you, Lord, my strength. The Lord is my rock, my fortress and my deliverer; my God is my rock, in whom I take refuge, my shield and the horn of my salvation, my stronghold. I called to the Lord, who is worthy of praise, and I have been saved from my enemies.

He reached down from on high and took hold of me; he drew me out of deep waters. He rescued me from my powerful enemy, from my foes, who were too strong for me. They confronted me in the day of my disaster, but the Lord was my support. He brought me out into a spacious place; he rescued me because he delighted in me. Psalm 18:1-3; 16-19 NIV

With all of the craziness going on around us, we must take a moment or longer to think about who really loves and in whom we can truly trust. My hope is in Jesus and I know when I do what He would have me do, He’s delighted in me and I will have all He has promised in His Word. Since He is not a respecter of persons, whatever He has promised me and will do for me–He will do for others.

So take heart! We have not been forgotten by The Lord even though things seem out of kilter in the world. There is chaos and confusion, we cannot deny, but when we know the Lord, we know the origin of the chaos and it is Satan, for the Word says, “God is not the author of confusion,” and that “all things should be done decently and in order.” No many how many pseudo-Christians try to tell us that God chose trump, we can see this is a lie by aligning his actions with the Word of God.

God hates liars and has prepared the lake of fire for liars. Sound like anyone we know? Let’s look at recent proclamations!

Notice the signature–his–and the date–October 5th 2017–fabricated to counter the notion that he’s a moron. Creating this fake certificate actually confirms that he is–indeed a chronic moron who thinks those with a functioning brain would ever buy into his nonsense. Oh wait–some did and lost millions of dollars behind his fake Trump University. I can imagine anyone who stayed long enough probably received a similar fake certificate of completion. His actions make me wonder if he actually completed a degree as he claims. Nothing else he says is true so it makes me wonder. No transcript or degree has been produced so we only have his word for it–like Forbes only has his word about his “self-proclaimed wealth.” 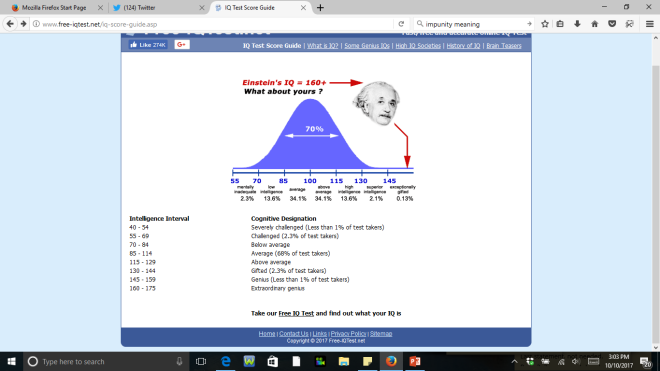 Then, when he lies and the lies are exposed, all his spokespersons–those enabling his lies and pathetic behavior, love to spin it into something it never was. His claim of having a higher IQ than Tillerson or anyone else is a lie and the above chart reveals he has no clue as to how an IQ test is ranked or its significance–which many don’t believe. 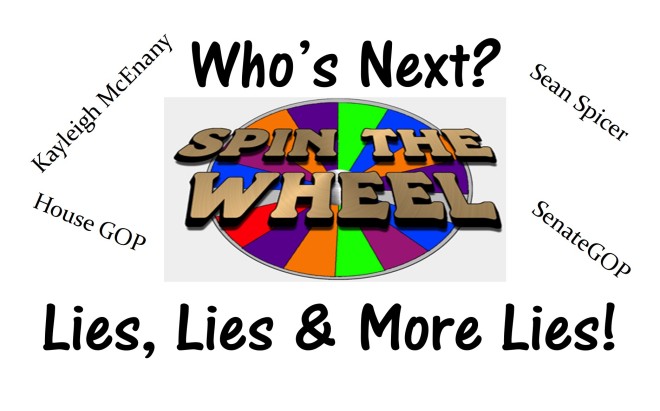 What’s really sad is Sarah Huckabee Sanders role as press secretary who lies without blinking and yet claims to be such a righteous Christian and does not understand that her lies will reserve her place in the lake.

When insecurities rule a person because of fragile egos and multiple personality disorders, there is no truth told and everything trump is to bring him validation, not to unify a country. He is as most have already determined–a narcissistic megalomaniac pathological liar and only cares about what he wants or what makes him look good. He’ll fabricate things just to make him look more important than he is and we know the Word says, “we ought not to think more highly of ourselves than we are.” He proclaimed Columbus Day, Columbus Day like it wasn’t already on the calendar just so he could say–he did it. I’m not sure he realizes that all of the holidays and special days are already noted on most calendars and have been for years.  If he was really mindful and a “Christian” as some purport, he’d know that his deeds speak volumes and expose his lies.

He says he’s not a racist: He called the Black football players in the NFL SOBs (they were the only ones kneeling when he made this remark), but called white supremacists, “very fine people.” He has made the issue of the NFL players kneeling about disrespecting the flag, country, and anthem because he refuses to address the racial injustices that exist in many police districts–which is the reason for the kneeling. The fact that he’s now bullying the NFL and denigrating anyone who openly criticizes reveals his desire to be a dictator, not a president. He has yet to demonstrate understanding of the Constitution’s 1st Amendment rights–for others–while he says whatever comes out of out of his dark soul.

Whenever I see a lie by trump or his spokespersons, I address it on Twitter and FaceBook his favorite means of communication, and I will continue to speak truth to power whether he or his parrots acknowledge it or not. That is the job of every Christian to speak truth, no matter what, dispelling lies spoken by those serving Satan.

If we want to see integrity and honor move back into the White House, I encourage all who read this post to check me out on facebook.com/YesIAm2020 and see what I bring to the table that will benefit all Everyday Americans. The 2020 Election is not that far away and plans must be solidified now. Thanks for the considering supporting my bid for president. I know when Jesus delights in me–I shall have what I say I shall have. For the Word says, “Delight yourself in the Lord and He will give you the desires of our heart.” 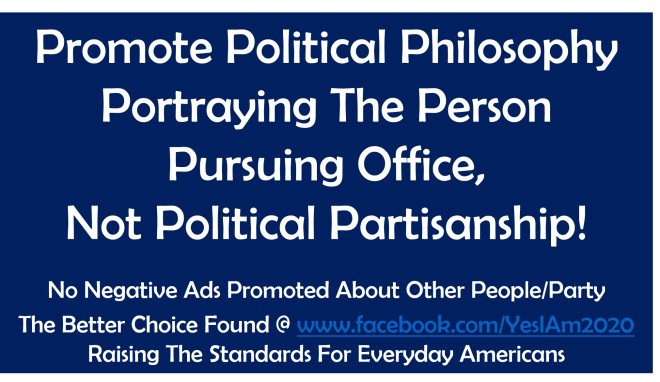