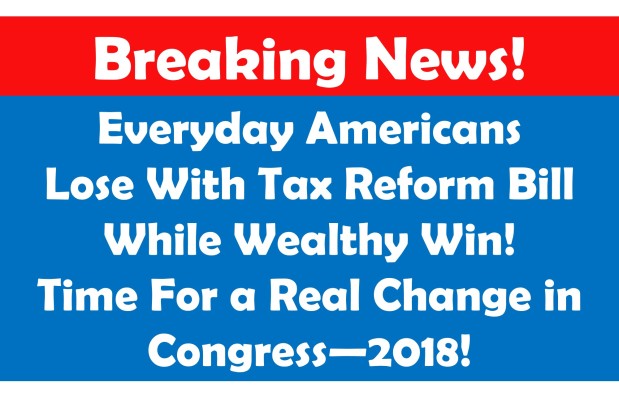 On the surface–it may seem like a change, but in order to really understand what the “tax reform bill” as a whole, one has to read the entire 800 page document to see how many will be impacted. The elimination of the “ACA mandate” for insurance sounds good, but every person paying for healthcare insurance will see a rise in premiums in 2018 and beyond. Once insurance premiums rise, they never decrease.

All of the Republicans admit–none of them have read the entire document–and they don’t know if they can pay the $1.5 trillion dollar deficit. They will “GUT SOCIAL SECURITY AND MEDICARE” to pay for this bill. They don’t care because they gave themselves great loopholes to use to offset their tax burden, but Senior Citizens become the biggest losers in all the printed pages. We don’t own golf courses so therefore we don’t get credit for the maintenance of them or private aircraft or commercial real estate.

Whether a person agrees with what they’ve done or not, I have but one serious question to ask: How can Everyday Americans trust elected officials who pass major legislation without reading all that it entails or tell the truth about the final fallout?

Read carefully and remember they will be going back to the plan to adjust for the fact that the plan won’t produce the tax revenue to keep the government going.

For the rational thinking Americans, we know what we have to do–in 2018–create a Blue Wave Tsunami across the country, Repealing and Replacing all the GOP seats in Congress so that Americans can survive and thrive. With all of the repeal of Consumer Protection regulations, we know that people will die from air pollutants, toxic water with plant run-offs, and chemicals in food and cattle. When people get sick from these environmental issues, they won’t have healthcare because they won’t be able to afford it. Thereby, creating a rise in the funeral industry when deaths increase. Don’t take my word for it, check the projections for yourself.

CEOs have already said, they won’t use tax savings to invest in jobs or wages. If we pay attention to history, we know the economy doesn’t thrive with reduced taxes, it thrives when there is sufficient tax revenue accrued to pay for government expenses. Now, since the Republicans plan to spend billions on a wall and to increase military spending by billions, they can only cut–education, social security, medicaid, medicare, CHIP and SNAP, all which are needed to sustain the Red States.

In addition to not giving the middle class the tax cut promised, the bill also allows national lands to be used for drilling for oil–in an attempt to fossilize us further rather than moving forward with clean energy plans. The United States will be responsible for creating a hazard with climate changes we see across the globe.

The other inclusions–and there are many–will do nothing to increase the quality of life for anyone other than the Greedy Old Predators.

If you really care about the State of America and want to see significant change that benefits all Everyday Americans, think about joining us in the Blue Wave movement by voting Blue in every election–because it is the Blue that cares for all. 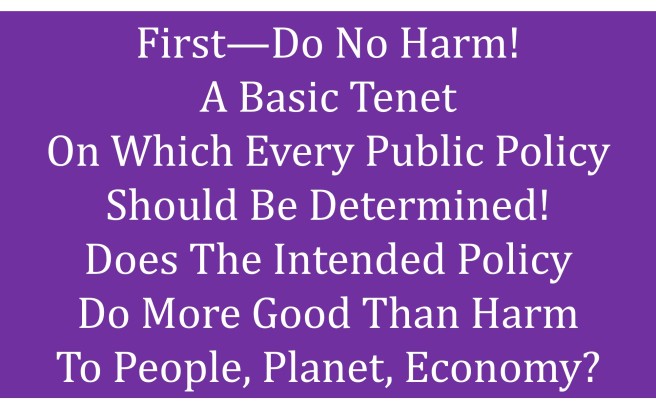 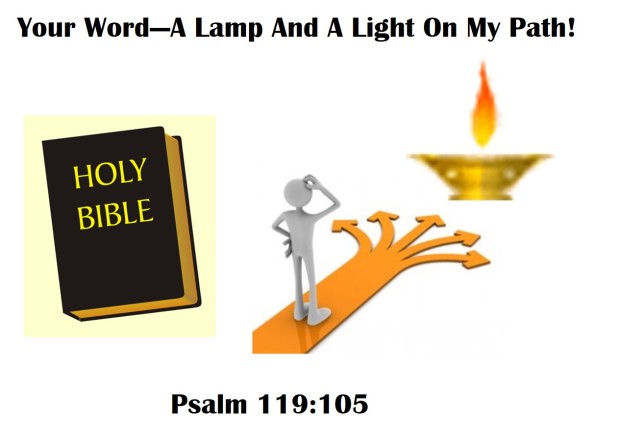 The Lord answered, “Who then is the faithful and wise manager, whom the master puts in charge of his servants to give them their food allowance at the proper time? It will be good for that servant whom the master finds doing so when he returns. Truly I tell you, he will put him in charge of all his possessions. But suppose the servant says to himself, ‘My master is taking a long time in coming,’ and he then begins to beat the other servants, both men and women, and to eat and drink and get drunk. The master of that servant will come on a day when he does not expect him and at an hour he is not aware of. He will cut him to pieces and assign him a place with the unbelievers. “The servant who knows the master’s will and does not get ready or does not do what the master wants will be beaten with many blows. But the one who does not know and does things deserving punishment will be beaten with few blows. From everyone who has been given much, much will be demanded; and from the one who has been entrusted with much, much more will be asked. Luke 12:42-48 NIV

The following originally posted on Medium 11/3/2017

About the proposed tax cut that Republicans are so excited about — at least the ones who hate the poor — it is absolutely bull crap, designed to benefit the rich and corporations who are big donors to political parties — notice I said — parties — plural!

Let’s face it — the only people who are in position to cover government expenses through tax dollars are those who make the most money. It’s simple math — something anyone should be able to calculate. But since we apparently have some in Congress and the White House who aren’t that good at math (and I’m no expert), let me approach this from another direction.

The United States is already in debt to the tune of trillions of dollars — the result of negligence from the Bush redistribution of Social Security surplus and then starting a war in Iraq. But let’s not quibble over that point — if we start in the red — and keep spending tax dollars on unnecessary expenditures ( i.e., secret service detail for a family of infinite numbers including staffers and golf carts and housing in trump properties, plus the private jets used by cabinet members) all we’re doing is digging a deeper hole. On top of that, we now “reduce” the amount of tax dollars needed to pay “necessary expenditures” (military, federal government operation, etc.) and we expect what to happen — economic growth and a reduction in the deficit? I think not.

It has become obvious to me, and I’m certain millions of others, that those who claim to be Christians have either not read or understood the bible they supposedly know. “For to whom much is given, much is required” (Luke 12:48). Those who have the most consumable income should pay the larger share of the tax revenue for more than one reason, but here’s mine. It is the very wealthy who use their dollars to influence government — through lobbyists and party donations. The poor and middle class, do not have the opportunity to influence election outcomes other than through their vote.

Since the deck is stacked against us economically — those who have the advantage should pay the most. With the current proposal, the tax cuts for the rich will only give them more to use to influence elections and the poor and middle class lose ground since only those in political positions will determine whether we even get to vote (as evidenced with current attempts to suppress the vote through “unnecessary requirements” and gerrymandering). The alleged “Voter Fraud Commission” is actually doing more to commit voter fraud that in finding evidence of fraud already committed.

I’m sure that all of you know this, but I felt the need to reiterate it since it doesn’t appear that in your elected positions, you are actually representing the people who elected you — us — the Americans.

So here’s a suggestion — start caring more about the people who put you in office — not the wealthy donors who obviously care nothing about anyone other than themselves, but the average, Everyday American — who expects you to do the right thing for everyone. How about that! Is it possible that you can do the right thing for all Americans and not just the wealthy donors?

I can imagine if there are people who feel the same way I do, then many of you won’t have a chance to be elected again. We’re real people with real needs and getting an additional $98.00 a month — won’t make much of a difference to enhance our standard of living. You know why? Those big corporations that get the breaks will increase cost of all they produce and the cost of services which will suck the life out of the $98.00 and may cost us more.

I wish for a month, those who think this tax cut will benefit the poor and help the middle class, would try to live off the income they think others can do with ease. And please, don’t try telling us without the corporations no one would benefit — there would be no corporations if the lowly didn’t work for the them — without getting equitable wages — leaving the corporations to profit and give big bonuses for those who do nothing but sit at desks and think about how they can make their employees more miserable, while lining their own bank accounts. I know, I know — too simplistic for those who think they have “great brains,” but true.

Try this on for size and see if it won’t work for the benefit of everyone:

With this plan those at the lowest end of the income scale will have money to consume the products and services available without being burdened with unfair tax liability. After all, if corporations are producing goods and services and no one can purchase them, how long before the corporations fold? This plan — considers all Americans and puts the burden where it needs to be. It’s not perfect, but it’s better than what we’re seeing with the GOP tax cuts which do nothing for the poor, elderly, and vulnerable. It’s worth consideration and I’m sure — the average Everyday American will see some merit in establishing.

Think about this proposal — where everyone benefits — and about the simplicity of its use. Then, think about this — anyone who manufactures products outside of the United States, hides money in off-shore accounts, or won’t produce their tax returns as an elected official — should not have any input into what others pay who are “loyal” to the American way of life. If you can’t see this — you’re guilty of taxing people without representation because the current plan — is not beneficial to those who elected you (excluding the Russians and other foreign operatives).