Once again, we seem to be spinning out of control–America at-large that is. I’m guessing, it’s because as a society, we have been far too lenient and tolerant of unacceptable behavior that many have brushed off or under a rug.

No long winded commentary today, just a reminder about where stand in the eyes of the world. Sexual assault, misconduct, harassment are not acceptable by anyone towards anyone else. We are supposed to be civilized human beings and I’m wondering when we’ll demonstrate that to others. No one–NO ONE–should be touched or man-handled by another person unless they are consenting to the act. 14 year-olds do not legally have the right to consent and most don’t. Having stated the obvious, what we are doing in this country when:

Al Franken is never given the opportunity for due process to take its course when he concedes to his party’s requests and resigns.

Trent Franks resigns because apparently he doesn’t understand what constitutes sexual misconduct when speaking about surrogacy with employees.

Blake Farenthold is offering to pay back $84 thousand dollars paid to squash allegations of sexual misconduct and to resign.

Both Democrats and Republicans on the surface at least, have demonstrated some sense of decency and responsibility.

But then we have an accused pedophile running for the Senate in Alabama in order to hold a Republican seat in Congress and people are applauding him and claiming his accusers are criminals. I’d like to know where that law is written–if a person accuses someone of a crime–they become the criminal! Sounds like some misogynistic, bigoted premise that only a fool would believe. But then again, let’s look at who’s supporting him. Senate Majority Leader–Mitch McConnell and trump–who has over 12 women accusing him of sexual misconduct.

Neither Roy Moore or TraitorDon plan to step aside or resign. Why? They deny doing anything wrong and claim the women lie. I believe the women, but if the rest of America doesn’t take a stand, the women will never be heard.

Quite frankly, I’m tired of old white and black men thinking they can do whatever they want to do to women and think–the women should be thankful for the attention. It’s time to put a stop to this often overlooked stain on our society and clean it up. We can and we must–by hearing the whole of the matter and not just brushing situations aside.

Until we can put aside tribalistic bonds and see people, we need to create a new environment in Congress, led by women who (hopefully) will not abuse their positions, but do all they can to uphold the constitution and in caring about their constituents. So, in this brief commentary (by my usual standards), I encourage women all over the United States to get involved so we can take care of the business of governing, not fighting accusations of sexual misconduct.

And let’s face one simple fact: none of us is perfect for there are no perfect human beings walking the face of the earth. However, if we wait for a perfect person to elect them, our society will be without government. So, let’s do the best we can to elect the best available for the benefit of all in America! 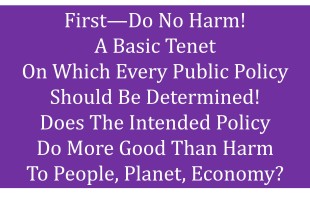